“Think shades of ivory, and cascading layers that draw from hippie and bohemian influence creating that boho chic look that seems to resurface every summer.  I’m sure none of you are all that surprised to see the return of boho. But, Some of you might be surprised to know that whenever the bohemian style is involved, there is often a hint of irony lingering. The boho style never began as a fashion statement, in fact the style was often worn by women who were indifferent to fashion altogether. The bohemian style didn’t filter itself into the style scene until the women of the early 21st century wanted to discard their bourgeoisie reputation in favour of a spirited, raw, and nomadic style consisting of flowing skirts, and patterns with endless florals.
END_OF_DOCUMENT_TOKEN_TO_BE_REPLACED 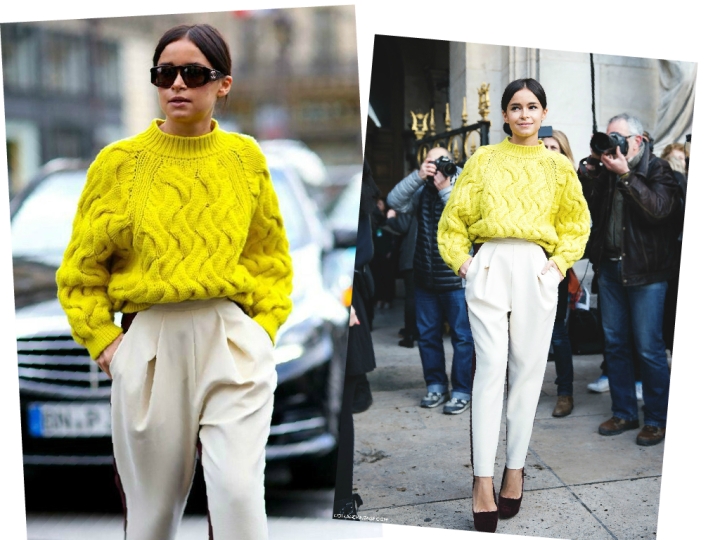 Privet, and happy casual sunday Matryoshkas! This Casual Sunday post is all about a yellow, you know that colour we associate with the ripest of lemons, the warmth of the sunshine, optimism and of happiness. Yellow is one of spring 2015’s hottest colours, and it’s also one of the best ways to add punch to any outfit.

END_OF_DOCUMENT_TOKEN_TO_BE_REPLACED 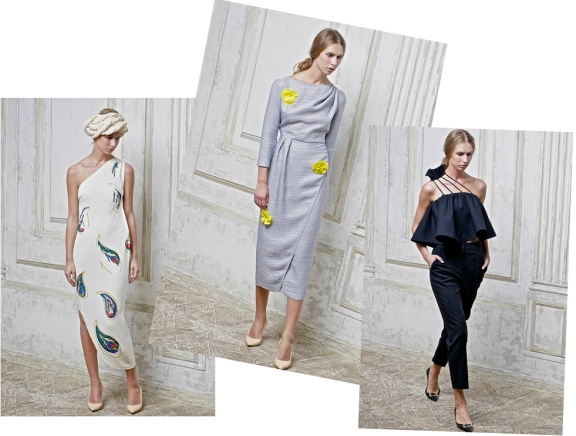 Vika Gazinskaya’s Look Book for Spring Summer 2015 is showing off her inspirations, and this time it’s not a mood board teaser. The Russian it girl and fashion designer recently wrapped up from Paris Fashion Week and has chosen the perfect time to show off yet another anticipated collection. Each garment is unique in its own way, and if you’re curious to know what the theme of choice was, it’s of the east, think Turkey. The look book shows pieces that have asymmetrical shapes, along with Vika’s personal touches of being hand painted. The other unique things to see are the knotted turbans, the translucent robe, and  yes even a pajama suit.  END_OF_DOCUMENT_TOKEN_TO_BE_REPLACED 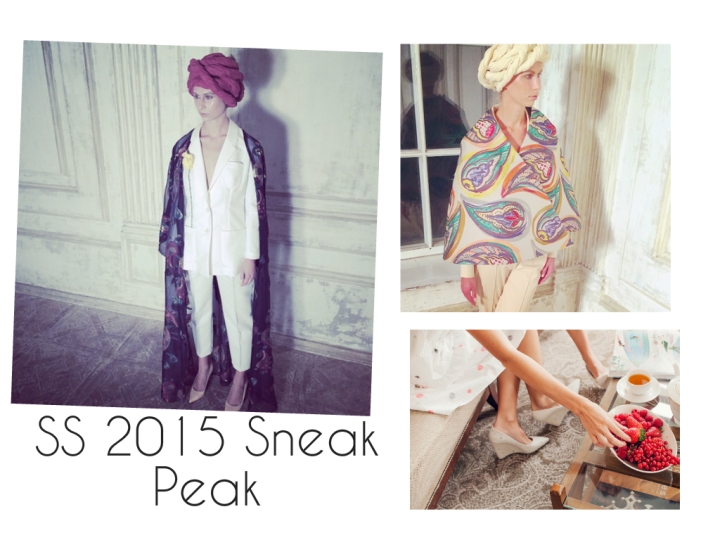 Privet!!! Last time we got to see a glimpse of Vika Gazinskaya’s inspiration board, and now it looks like she’s teasing us again. The images she recently posted are of her Spring Summer 2015 collection, featuring peacock prints, wild colour combinations and turbans. The turbans remind me of Ulyana Sergeenko’s SS 2014 collection, plus the style icon is often spotted wearing them along with other interesting head pieces. Anyways enjoy the sneak peak Matryoshka’s!! I’m excited to see the rest of Vika’s collection! END_OF_DOCUMENT_TOKEN_TO_BE_REPLACED 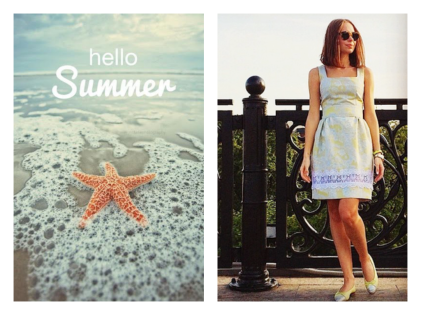 A La Russe’s Anastasia Romantsova never disappoints me with her collections that remind me of Italy’s D&G, but with an added Russian touch of course. I could very well imagine Bianca Balti, or Monica Bellucci walking along the streets of Milan, or Florence in an A La Russe dress, it would compliment their beautiful Italian features so well. Perhaps these dresses just suit the Mediterranean lifestyle of eating well, relaxing, and lounging with good company. END_OF_DOCUMENT_TOKEN_TO_BE_REPLACED 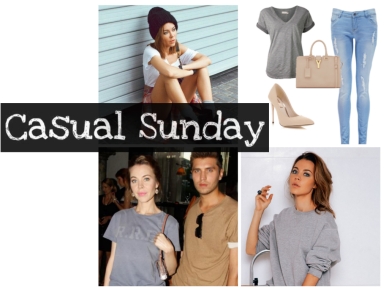 Privet Matryoshka’s! Happy Casual Sunday. I’ve been sifting through so many images on the web trying to find something that shows off Ulyana Sergeenko wearing something that can be called casual. And Surprise! I’ve found at least four images that fit most of my casual criteria, ahh, but be easy on me- I know heels are not supposed to be here, but keep in mind this is Ulyana Sergeenko, the style icon we love for wearing things that are far from being considered dressed down…like…skirts with volume, & all things couture. At least two of the four looks included involve jeans. Da, jeans.

END_OF_DOCUMENT_TOKEN_TO_BE_REPLACED

I admire Ulyana Sergeenko’s eclectic taste for all things beautiful, for leaving an impression since her debut that lead to her becoming one of the most recognizable street style stars, now turned fashion designer. Tommy Ton and The Sartorialist’s Scott Shuman have cameras that have fallen in love with the Russian it girl. Is it her canvas like features we adore the most? Her porcelain skin? Her signature red lips? Ulyana takes risks, she wears vintage, all the while inspiring our whimsical fantasies of owning, and wearing couture the way she does. END_OF_DOCUMENT_TOKEN_TO_BE_REPLACED

Matryoshka’s wouldn’t you agree that part of the reason behind why street style images attract our attention is that they not only capture the wearer’s fashion ,(+ inspires us to be more fashionably unique ) but they also capture visually attractive scenery in foreign places. The girl in red’s own style is enhanced by Moscow’s END_OF_DOCUMENT_TOKEN_TO_BE_REPLACED

Privet Matryohska’s, how were your weekends? It’s Sunday and I’m feeling lazy, and of course casual!! Today is all about two Casual looks, one from Irina Shayk, and the other from the Russian male model Arthur Kulkov. It’s amusing to see models when they are in casual looks because we’re so used to seeing them dressed to the nines. Irina Shayk’s casual looks never shock me because she always looks amazing. Arthur Kulkov on the other hand shocks me, because he really knows how to dress casual, sometimes too casual. END_OF_DOCUMENT_TOKEN_TO_BE_REPLACED

Privet Matryoshka’s!! It’s Friday. I’m lazy. So please accept this short & sweet post involving a certain Czarina. Elena Perminova continues to make me envious of her lifestyle with her growing- timeless wardrobe. The dress she happens to be wearing is by the designer Giambattista Valli- from his Haute Couture collection. Like this post the dress is short. The delicate nature of this dress comes to life with it’s floral pattern, and stand out russian red jewels. Her shoes deserve some love too- simple, chic and white. What an irresistible outfit. END_OF_DOCUMENT_TOKEN_TO_BE_REPLACED