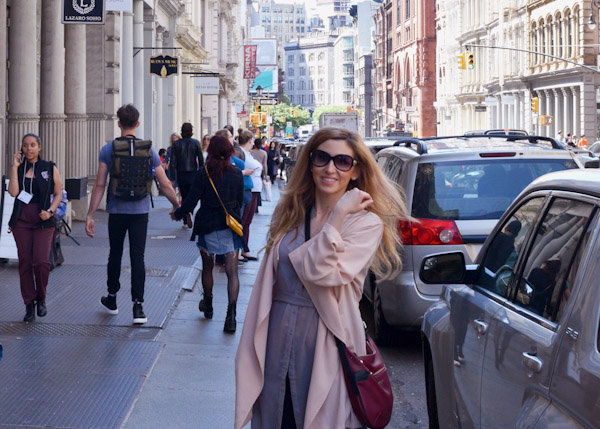 In 2018/2019 I was able to experience big city life while living in Manhattan, New York. I would often have fun exploring the city on my own, and of course with my husband. Every few weekends my husband and I would come up with a plan to see different neighbourhoods in Manhattan. Usually to eat at new restaurants, visit the museums, or to go out with friends. One weekend my husband and I were set on visiting SoHo. If you are curious what SoHo means it is an abbreviation for South of Houston Street which is where the SoHo neighbourhood begins. Fun fact if you want to look like a local do not pronounce the ‘Houston’ as if you would for Houston Texas, instead pronounce it like ‘house-ton’.

For this outing, I put together a look that I thought was interesting, while including minimalistic elements, with an emphasis on comfort. I knew I would be pestering my husband to take photos for me, and the weather was beautiful that day! When we would be walking my husband would tell me where he wanted me to pose, especially in front of the graffiti wall in the photos below.

Also, I knew we would be doing a lot of walking and that’s why comfort was a high priority, not to mention taking the subway, which made me carefully select my outfit. The dress I wore is by a brand called symphony and is sheer, and flowy which would not go well when taking any stairs out of the subway station, so I decided to pair it with my favourite leggings from TNA. I also completed the look by throwing on that draped coat I mentioned in a previous post by Elodie, while accessorizing with my Naturalizer ankle boots, Versace sunglasses and a purse by Longchamp that I bought in Charles De Gaulle airport.

Now one of the most attractive features of SoHo is that it is full of unique shops, restaurants and beautiful backdrops. I know what you might be thinking “well isn’t that all of Manhattan?” Yes, and No, SoHo is unique. I love that this neighbourhood feels less pretentious as opposed to the upper east sides 5th avenue. Within a span of one city block, I witnessed someone throwing a beer can out of their upper apartment floor window, people smiling, to a limo full of women who I assumed one was on their bachelorette party telling me that I was adorable for wishing them congratulations. This did not feel like the New York I was accustomed to. From my experience, I will say that SoHo embraces a more laissez-faire vibe. This day we also found what felt like an urban paradise full of greenery at a restaurant called Gilligan’s, which just does not match all the concrete you normally see in New York.

One of the stores I enjoyed seeing was the Museum of Modern Arts shop (MoMa for short), and yes lol the Amazon store (which we do not have in British Columbia). Of course, you will also see that high end luxury brands have shops here from Prada to Chanel. Now if you ask me when the perfect time to visit New York is I would recommend Mother’s Day weekend, because there is a high probability that you will have beautiful weather, without the humidity that settles in New York during the summer. One day when travel is encouraged put SoHo on your list.

Well, I hope you enjoyed this short and sweet post on an outing I had in SoHo, and about what I wore and hopefully you learned a little more about New York and the lifestyle that comes from living there. It is a fun city, and there is a lot to see and do. 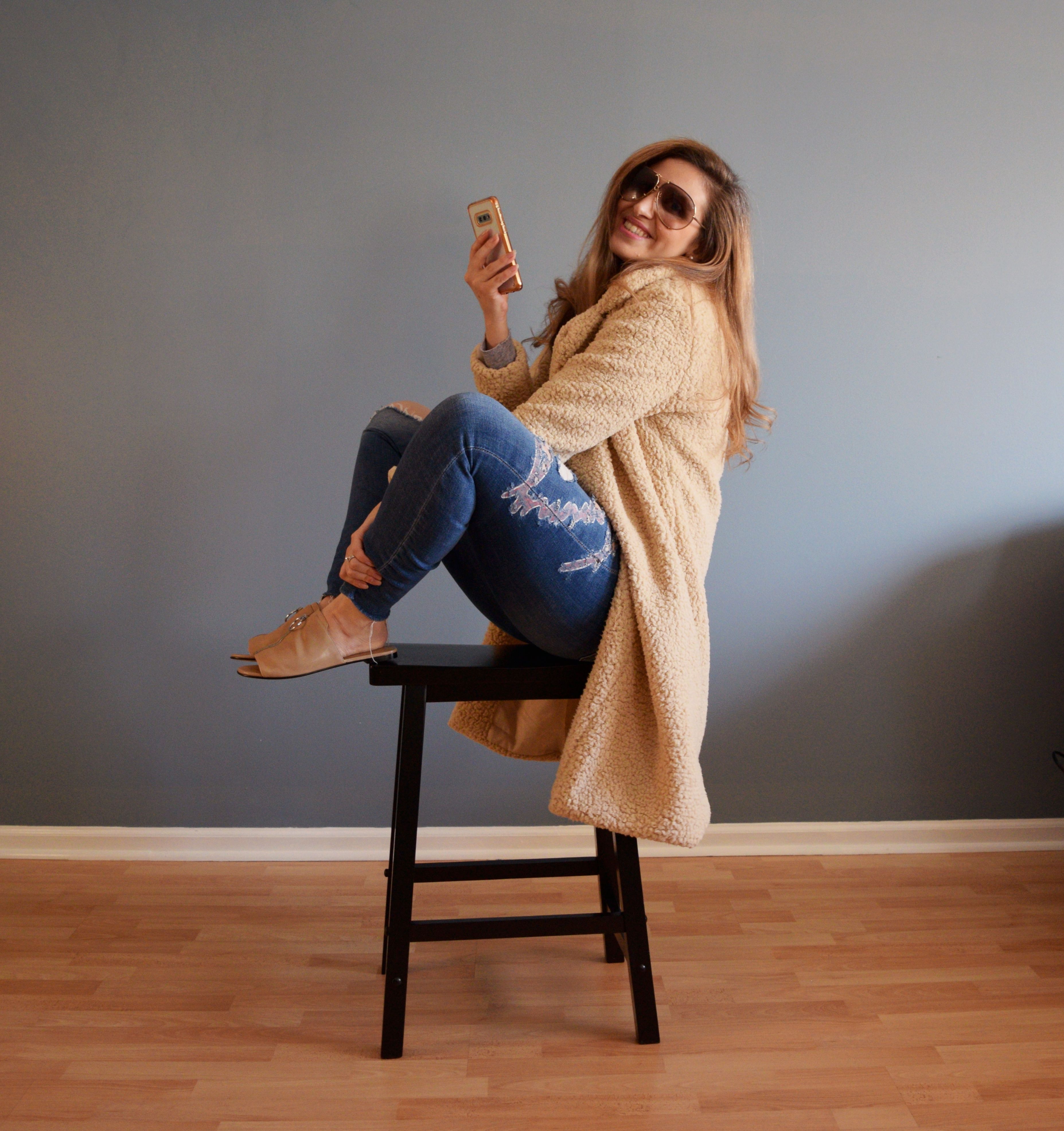